Advanced Mortgage is a boutique mortgage firm based out of Southern Alberta, but serving all of Western Canada and beyond. Our dedicated team of mortgage professionals strives to educate our clients so they can make informed decisions when it comes to their home financing. We work with every type of client, from first-time home buyers to those building their dream estate. Our extensive network of lenders ensures we’ll be able to find the product that fits you and your family’s needs. Call us today, and let us “Make ₵ents of your Mortgage!” 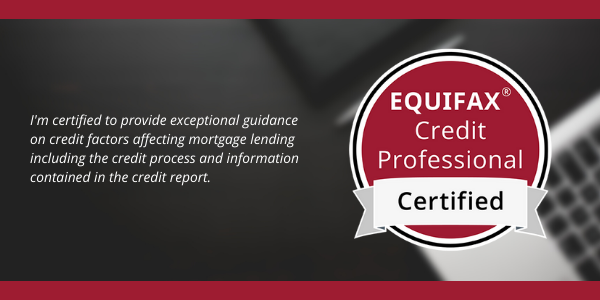 This note is part of a series that will be published after important data releases, documenting mechanical updates of the nowcast for Canadian GDP coming from the Scotiabank nowcasting model. The evolution of this nowcast will inform Scotiabank Economics official macroeconomic outlook. The Canadian labour market continued to power ahead in December according to Statistics Canadas labour force survey (LFS), with the net gain of +55K jobs for the month that brought the unemployment rate down to 5.9%, just 0.2 ppts above the level of February 2020. This bodes well for the overall Canadian GDP growth in December and is in line with our Q4-2021 estimate of +6.22% Q/Q SAAR. The timing of the survey (December 5 to 11) means that it largely missed the beginning of the spread of the Omicron variant and the late-December tightening in public health measures that occurred in response to it. The flooding in BC, a source of downside risk to the short term outlook, occurred after the LFS was completed in November. In December, however, the LFS picked up the beginning of the reconstruction phase, according to StatCan. As a result, we are not likely to find out the true impact of this disaster on the labour market until the November survey of employment, payrolls and hours (SEPH) is released in late January. With these caveats, the underlying picture of the labour market in Canada is one of continuing recovery. The ratio of employment to population (61.5%), the labour force participation rate (65.3%), the unemployment rate (5.9%) are all within 0.2 0.3 ppts of their respective February 2020 levels, signalling a rapid diminishing of the labour market slack. Even the ranks of those unemployed for 52 weeks or longer, while still significantly elevated at 293K (Feb 2020: 179K), continued to fall rapidly in December. The tightness in the labour market spurred a recovery in wages, which grew 2.7% y/y in December, although this increase was much weaker than the rate of inflation over the same period. While the spread of the Omicron variant will likely lead to short term weakness in employment, in particular in the high-contact industries that are subject to public health restrictions, it is already exacerbating labour shortages in essential services as scores of employees self-isolate having tested positive for the virus. With inflation running significantly above the Bank of Canadas inflation-control target range, the labour market slack essentially gone and wages picking up, the short term impact of the Omicron spread is unlikely to alter the Bank of Canada on its path to higher rates in 2022. Source: Scotiabank Global Economics

Where are Inflation & Interest Rates headed?

*Why are Interest rates going up in 2022? Anyone who isnt living under a rock has heard about the rising interest rates lately. Its a hot topic most are anxiously wondering what the Bank of Canada might do next. Just last week they raised the overnight lending rate by another whopping 0.75%. Were hoping they will now steady the ship and stay the course for the rest of the year. *What rates exactly are going up? There are tons of different interest rates but the one we are talking about is the Bank of Canadas (BoC) policy interest rate, also known as the target overnight or benchmark interest rate. This much talked about interest rate plays a key role in influencing many other interest rates. This rate represents the cost for banks to borrow money from bank to bank. This cost, in turn, leads to another key interest rate known as the banks prime rate. The bank will use the prime rate to determine many interest rates for their lending, specifically this will affect variable-rate mortgages.The fixed mortgage rates are going up, too, however these are not connected directly to the BoC policy rate. They are influenced by the inflation rate. *Why does theBank of Canadaraise rates? The simple answer as to why the BoC raises its rates in the first place is to keep inflation low. The goal is to keep it at a rate of around 1% to 3% per year, as measured by the Consumer Price Index. The BoC is concerned with keeping inflation at bay and maintain a healthy economy. To do this, the most effective way is using their ability to set interest rates. The BoC essentially controls the flow of money into the economy by controlling the amount of money that enters circulation. By increasing the interest rates, they can reduce the overall demand for money. People tend to spend less and save more when interest rates are high, which in turn reduces spending and helps to slow the rise of inflation. The causes of inflation are complex, and many are international factors beyond the influence of the Bank of Canada. However, there are same domestic causes as well, Factors such as government benefits during the COVID-19 pandemic, rapid growth in house prices, and supply chain issues leading to low supply and increased commodity prices have worked together to grow inflation. Some may also point to corporate price gouging as a cause of inflation. While there has likely been some of this, it is not the only cause of inflation, nor the largest. However, if the economy shifts too fast, spending may be so limited that businesses are forced to lay off their workers to cut costs. This period of mass layoffs and economic contraction is better known as a recession, and there is a real risk of such a scenario happening in Canada in the near future. Luckily for us, we are in good company when It comes to inflation. Though we cant control international factors, central banks worldwide are also working to slow inflation in their respective countries, which should help the overall global economy. *How far will these rate increases go? Currently there has been estimates predicting rates to continue increasing at least until the end of the year. The BoCs aim is to lower the inflation rate, so they will surely continue to raise rates until inflation is under control. Current predictions put the BoC policy rate somewhere between 3% 4% by the end of the year (currently we are at 3.25%). This would be in line with the interest rates seen in the 2000s, though notably higher than rates in the 2010s. Rates have been decreasing since the 1980s when the interest rate in Canada peaked above 20%. In fact, our current rates are more the norm than the exception. *What does a rate increase mean to me? The most obvious effect is rising mortgage rates. Especially for those who bought their homes in the last couple of years and opted for the very low variable-rate mortgages. Also considering factors such as an elevated market with higher purchase prices, this has resulted in paying higher interest on an even higher value loan. Even though the BoCs interest rate doesnt directly affect fixed mortgage rates, it will put pressure on the bond yields that help determine these rates. As a result, there may be an increase in these rates as well when its time to renew. As mortgage rates increase, home values may decrease as the affordability will be affected. Rate hikes may also affect home equity loans and some credit cards, among others. In general, this will discourage a lot of borrowing in the near future as debts become harder to service. Businesses also will also be affected by an increased cost of borrowing. Not only will their costs go up, but the number of customers they have may decrease, This will encourage businesses to keep prices low. In the longterm, this works to reduce the inflation rate, which will hopefully be seen as a positive even if it comes after a few years of pain. In Conclusion Ultimately, the bank of Canada is in a tough spot in the fight against inflation, What follows will likely be a period of increased costs for Canadian homeowners, reduced spending power, potential job losses and more. As we all know, the economy works in a cycle, and despite the hardships these rising interest rates cause, it will benefit the Canadian economy in the long run. In the meantime, the best thing Canadians can do is educate protect themselves, evaluate their financial situations and budget their spending so they can establish a foundation that doesnt shake under the pressure. As an Advanced Mortgage Professional I can help with all of this! Give me a call today!

Have you heard about the energy efficient home rebate programs available through one of the three mortgage insurers here in Canada? If you have recently moved into an energy efficient home within the last 24 months you might be eligible for a rebate up to 25% of your premium based on the level of energy efficiency in your home. There are two streams of eligibility: Purchase of a new or existing home that is built under one of the following programs: LEED Canada for Homes (National) ENERGY STAR (National) BUILT GREEN (National) Novoclimat (Quebec) EnerQuality (Ontario) Power Smart (Manitoba and British Columbia) NOTE: All the above qualify for a 15% rebate R-2000 (National) qualifies for a 25% rebate Purchased a home not built under an energy efficient building program MUST be evaluated by an NRCan qualified energy advisor. If your home meets an EnerGuide Rating between 82-85, you are eligible for a 15% rebate If your home EnerGuide Rating is between 86-100, you are eligible for a 25% rebate For more information, please visit the following mortgage insurer websites: Canada Mortgage and Housing Corporation| CMHC Green Home https://www.cmhc-schl.gc.ca/en/consumers/home-buying/mortgage-loan-insurance-for-consumers/cmhc-green-home Canada Guaranty Mortgage Insurance Company Energy Efficient Advantage Program https://www.canadaguaranty.ca/energy-efficient-advantage-program/ Sagen (Formerly Genworth) Energy Efficient Housing Program https://www.sagen.ca/products-and-services/energy-efficient-housing/ Just another way the Advanced Mortgage team is helping you save money. If you have any questions, please do not hesitate to reach out to your Advanced Mortgage professional and let them help you make cents of your mortgage. First-Time Home Buyer Incentive: Place to Call Home. A Place to Call Home. (n.d.). Retrieved from https://www.placetocallhome.ca/fthbi/first-time-homebuyer-incentive