The weekend is the perfect time to try out a dessert recipe! 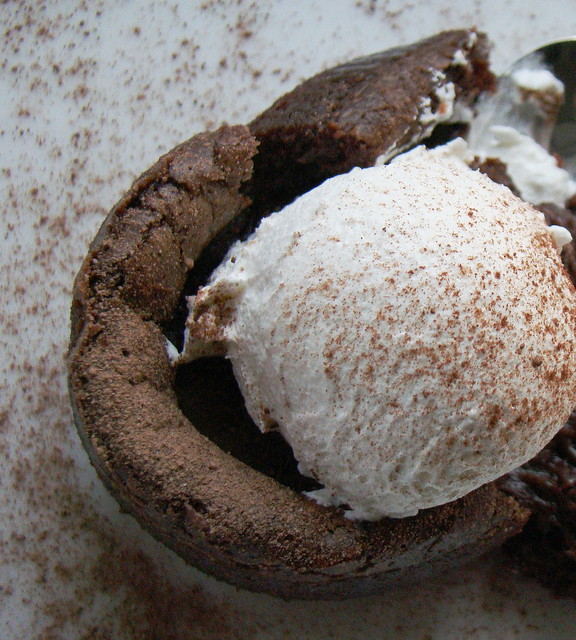 Check out this one from Ghirardelli chocolate!

Preheat the oven to 350 degrees F. Grease two 8-inch or 9-inch round cake pans. Line the bottoms with parchment paper and grease the parchment paper.

To make the torte, melt the bittersweet chocolate in the top of a double boiler or in a heatproof bowl over barely simmering water, stirring occasionally until smooth. Set aside. Dissolve the coffee in the boiling water; set aside.

In a large bowl, whip the egg whites with an electric mixer on medium speed until soft peaks form. Gradually add 1/3 cup sugar, and increase the mixing speed to high and continue beating until stiff peaks form.

In another large bowl, whip the yolks, the remaining 1/3 cup sugar, and the salt with an electric mixer on medium speed until thick, about 5 minutes. Slowly add the chocolate mixture and coffee; beat until well blended. Fold one-quarter of the egg whites into the yolk mixture to lighten. Then fold in the remaining whites until no streaks remain. Pour the batter into the prepared pans.

Bake on the center oven rack for 25 minutes. Turn off the oven and leave the cake inside for 5 minutes. Invert and transfer the pans to a wire rack (the centers will fall). Remove the waxed paper and cool completely.

To make the frosting, melt the milk chocolate in the top of a double boiler or in a heatproof bowl over barely simmering water, stirring until smooth. Dissolve the coffee in the boiling water; add all at once to the chocolate, stirring continually until smooth. Cool completely.

In a large bowl, beat the cream at high speed until stiff peaks form. Gently fold the chocolate mixture into the whipped cream.

To assemble the torte, level the top of each layer by cutting off the raised edges with a long serrated knife. Place one layer on a serving plate. Spread the layer with 1 cup of the chocolate whipped cream. Top with the remaining cake layer. Frost the top and sides of the torte with the remaining frosting. Sprinkle the top with bittersweet chocolate shavings.